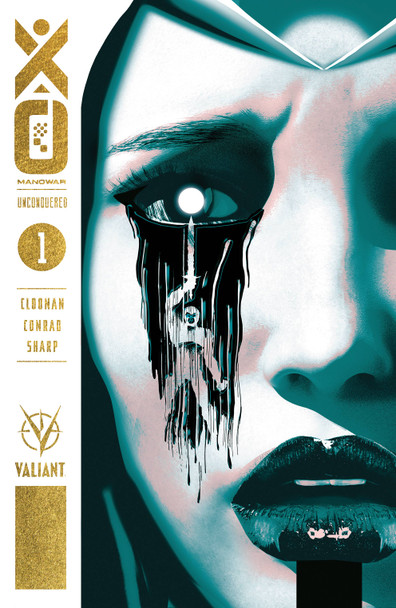 (W) Becky Cloonan, Michael Conrad (A) Liam Sharp (CA) Will Staehle
Warrior. Slave. Liberator. King. Aric of Dacia has lived many lives. Now his past, present, and future collide as Valiant's X-O MANOWAR returns in an unforgettable new series.
Becky Cloonan, Michael W. Conrad, and Liam Sharp bring X-O Manowar to new planets, old villains, and brutal destinies.
X-O Manowar is alone in space and stranded on a distant world, battered and defiant, but never defeated.
Put the king back on his throne as X-O Manowar charts an epic return on its 30th anniversary.
Subscription Discount Levels Also Available:
Bronze Level - $4.68
Silver Level - $4.40
Gold Level - $4.13
Not a Subscriber? Find out about the benefits and more HERE!
***The Final Order Cut-Off is 02/27/23 by 8:00 PM Pacific. If you order this issue after this date, we cannot guarantee you will receive a copy.***
***If multiple items with different shipping dates are purchased on the same order, they will all ship together using the last release date as the shipping date. See more in our FAQS. Note - If a subscription option is selected for this issue, you will pay for the first issue now and then be regularly invoiced according to your preference of shipping on the Friday before the shipment takes place***
View AllClose